Nestled just on the eastern edge of the Emilia-Romagna region, a few miles from the Adriatic Sea, you will find the ancient city of Ravenna. Once a thriving seaport and covered in marshes, Ravenna now lies five miles inland but remains connected to the sea by the Candiano Canal. Wandering through the unassuming town today, you’d never imagine that for a three century span beginning in 402, Ravenna served as a capital of the Western Roman Empire, chief city of the Ostrogoth Kingdom of Italy, and a nexus of a powerful Byzantine exarchate.

During this prolonged golden age, while the rest of the Italian peninsula flailed in the wake of Barbarian invasions, Ravenna became a fertile art studio for skilled craftsmen who covered the city’s terracotta brick churches in heartrendingly beautiful mosaics. The town is home to one of the most dazzling collections of early Christian mosaic artwork, preserved from the influences of the Renaissance and Baroque era due largely to the city’s remoteness. Even Dante Alighieri himself pulled inspiration from the mosaics of Ravenna.

The Mausoleo di Galla Placidia– a Roman queen’s unused mausoleum– boasts the town’s oldest mosaics. One particular scene shows San Lorenzo facing leaping flames and is said to have been the inspiration behind Dante’s ‘Inferno.’

Dante was exiled from Florence in 1302 and eventually made his way to Ravenna.  He once described the artwork as a ‘symphony of color’ and surrounded by colorful mosaics  he finished Paradiso– the third and final part of the Divine Comedy. He spent the last few years of his life admiring Ravenna’s masterpieces and eventually died in the city. Many locals say his ghost still wanders about the streets of Ravenna. Today, you can find the tomb of Dante cast in a soft light by a single oil lamp that burns continuously– the oil a gift from the exiled poet’s guilt-ridden hometown of Florence.

The charming Italian town is world renowned for its preserved 5th-6th century churches and buildings filled with splendid Christian mosaics. Nowadays, it’s an industrial city that has become home to a whole new group of craftsmen. Ravenna now houses the state-of-the-art manufacturing plant of CGR Ghinassi, a company that believes in the highest quality of workmanship and quality.

Founded in 1927, CGR Ghinassi boasts a long history of operations on the worldwide spare parts market. CGR is a company that prides itself on honing their workmanship in order to achieve superior quality in their aftermarket products. At their Ravenna plant they cover the entire production chain, from the foundry all the way through the finished product.

While CGR Ghinassi is well-known for their top quality cylinder heads and pumps, they produce a wide variety of aftermarket parts. This month at American Crane and Tractor we have been spotlighting their thermal refined pins and bushings. These products are crafted through a strict and rigorous procedure to ensure a top quality product.  Just like the ancient craftsmen from centuries before, CGR Ghinassi believes that the tiniest details make a world of difference. Exquisite workmanship is still alive and well in Ravenna, Italy.

For more information on CGR pins and bushings that we currently have in stock please click on the link below.

Do Oil Coolers Make a Difference?

When Should You Change Heavy Equipment Coolant?

Are All Rebuilds Created Equal?

What Are the Signs It’s Time to Replace Pins and Bushings? 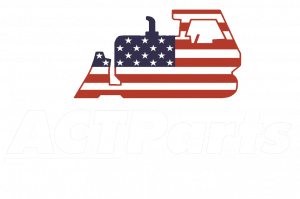